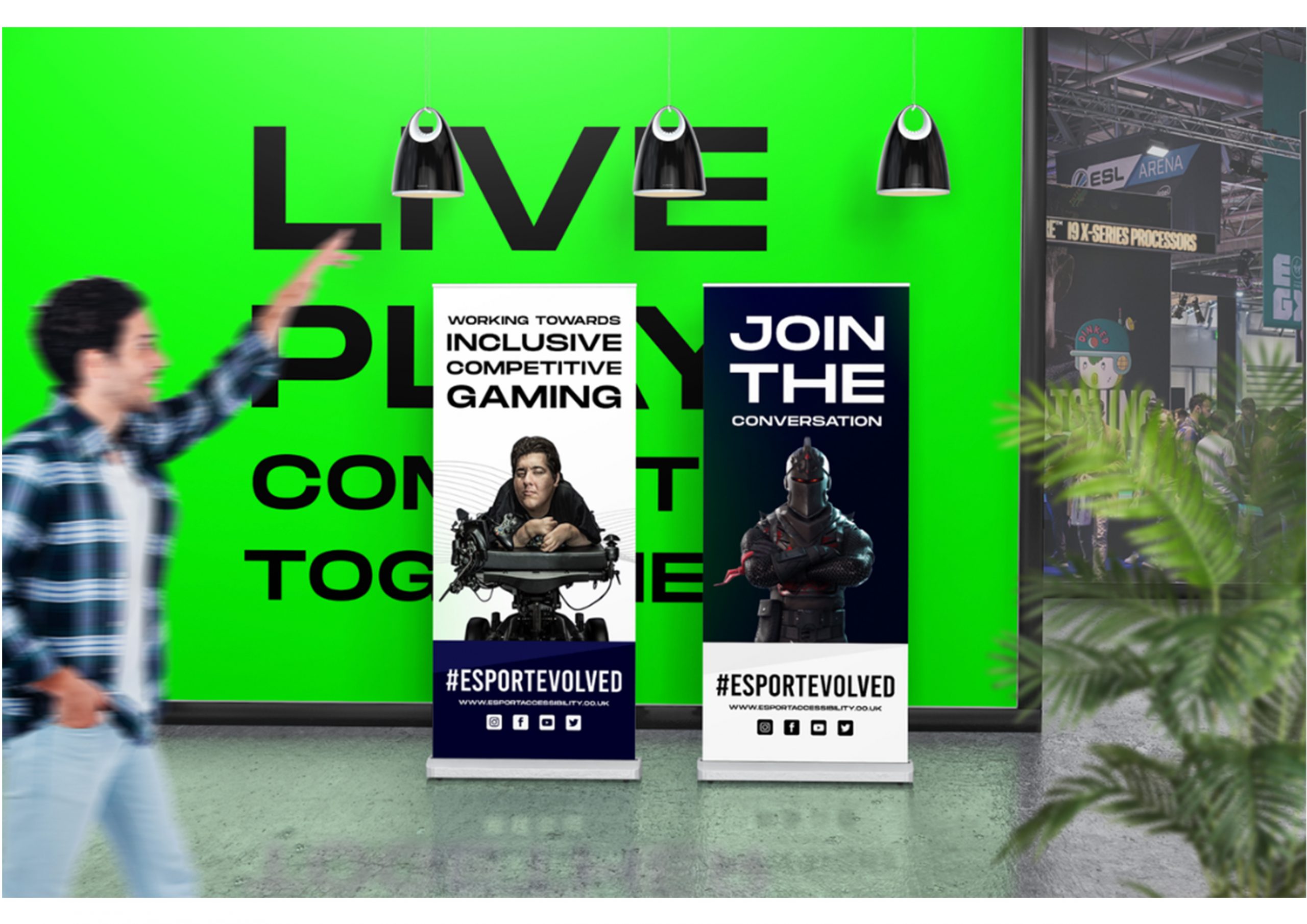 Wall Poster and Banners to be placed around esport arenas to promote esport accessibility towards gamers. 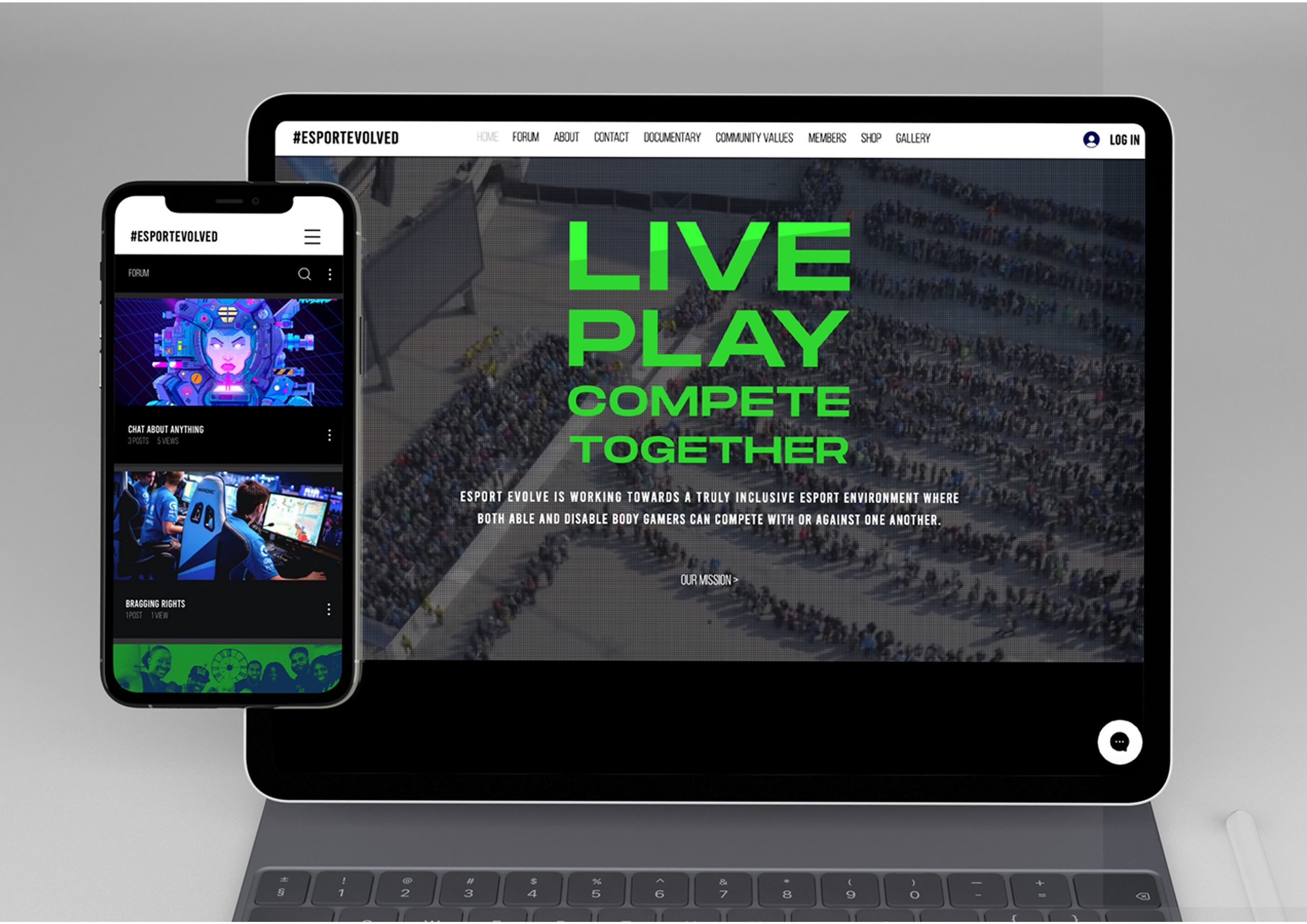 A community driven website to bridge the gap between gamers who are unsure how to get started and want advice from other gamers, and organisers wanting to create a more inclusive environment for their tournaments and events and to open up a dialogue with gamers. 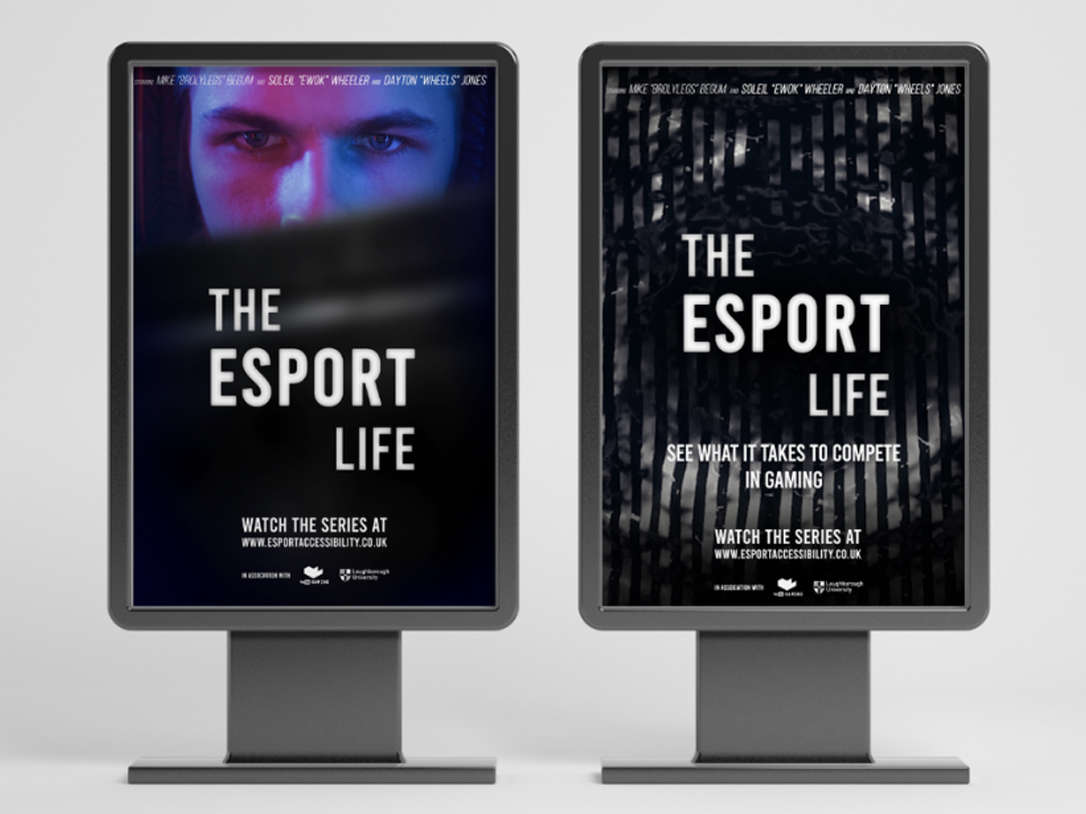 These posters were created to promote the documentary that can be streamed through the esport evolved website and youtube channel. 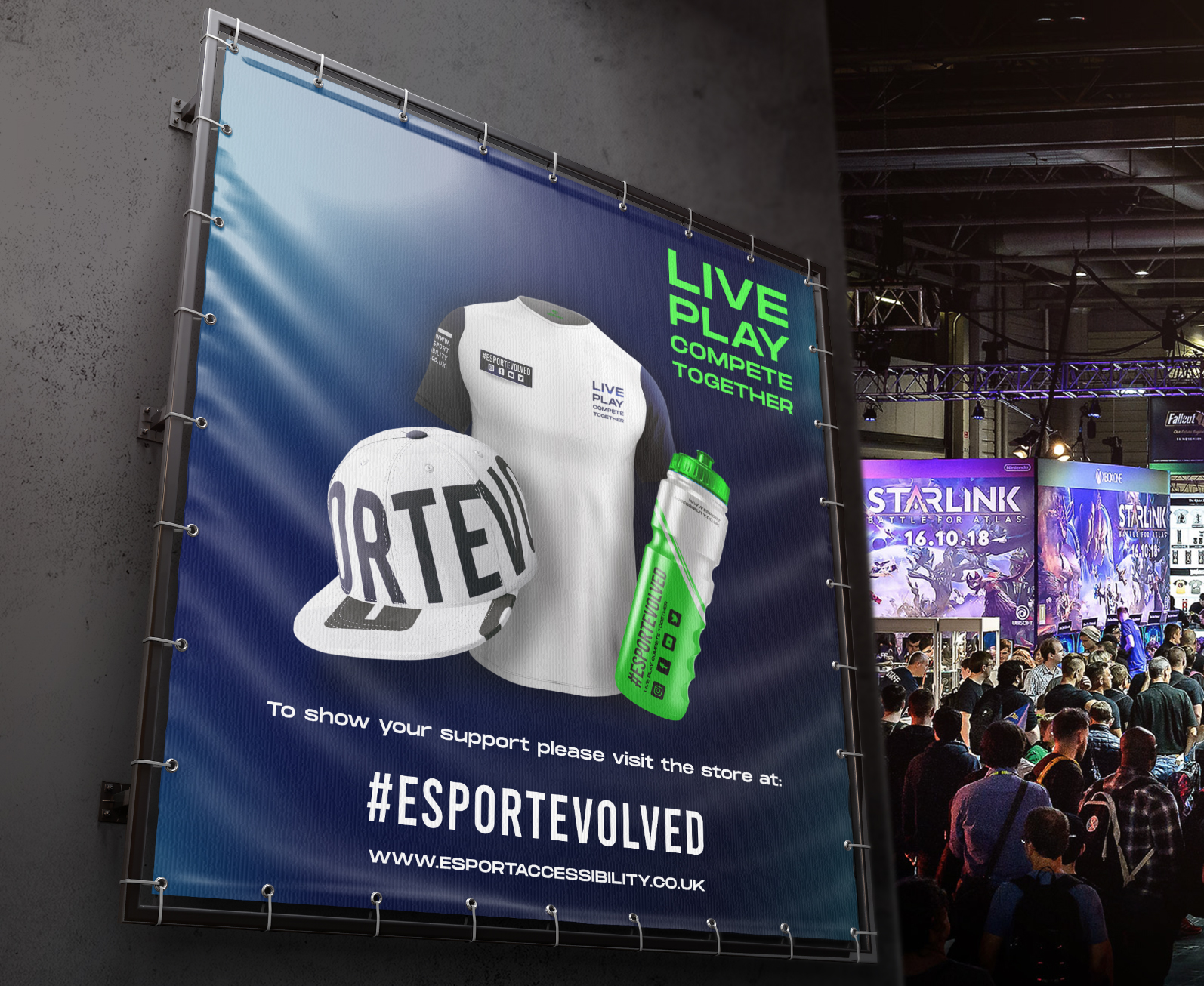 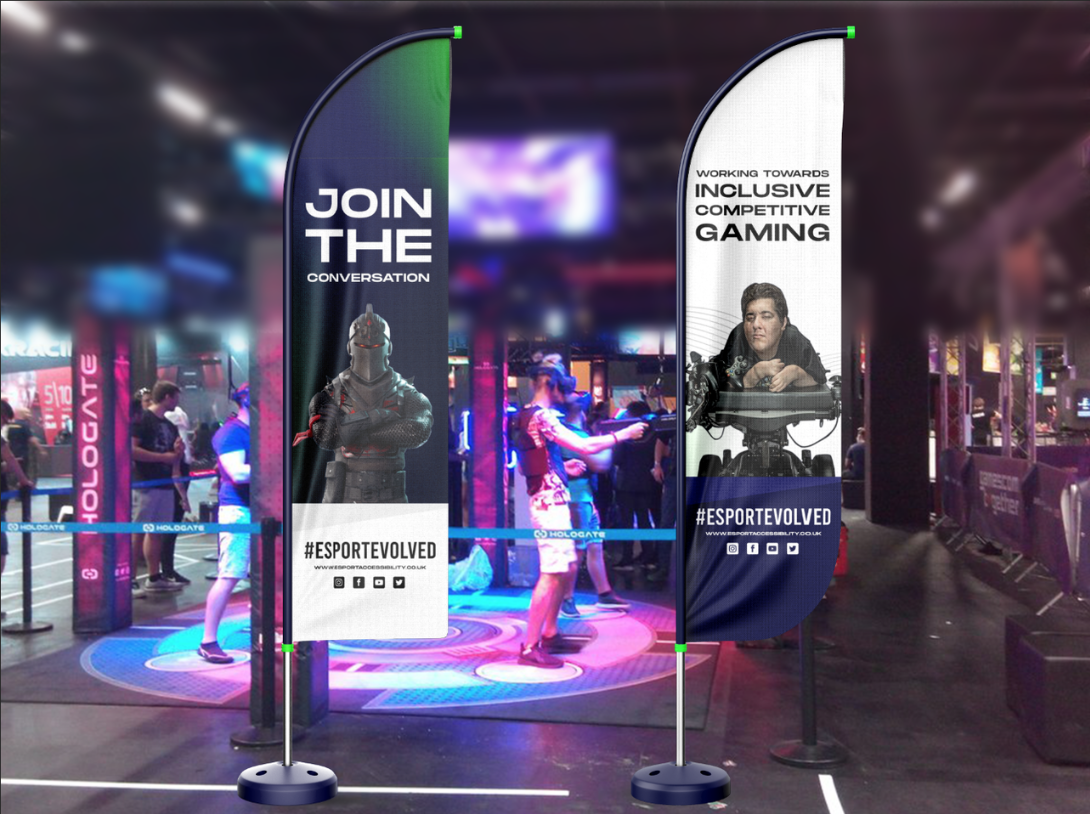 Created to be easily placed around gaming expos and esport arenas that lack space. 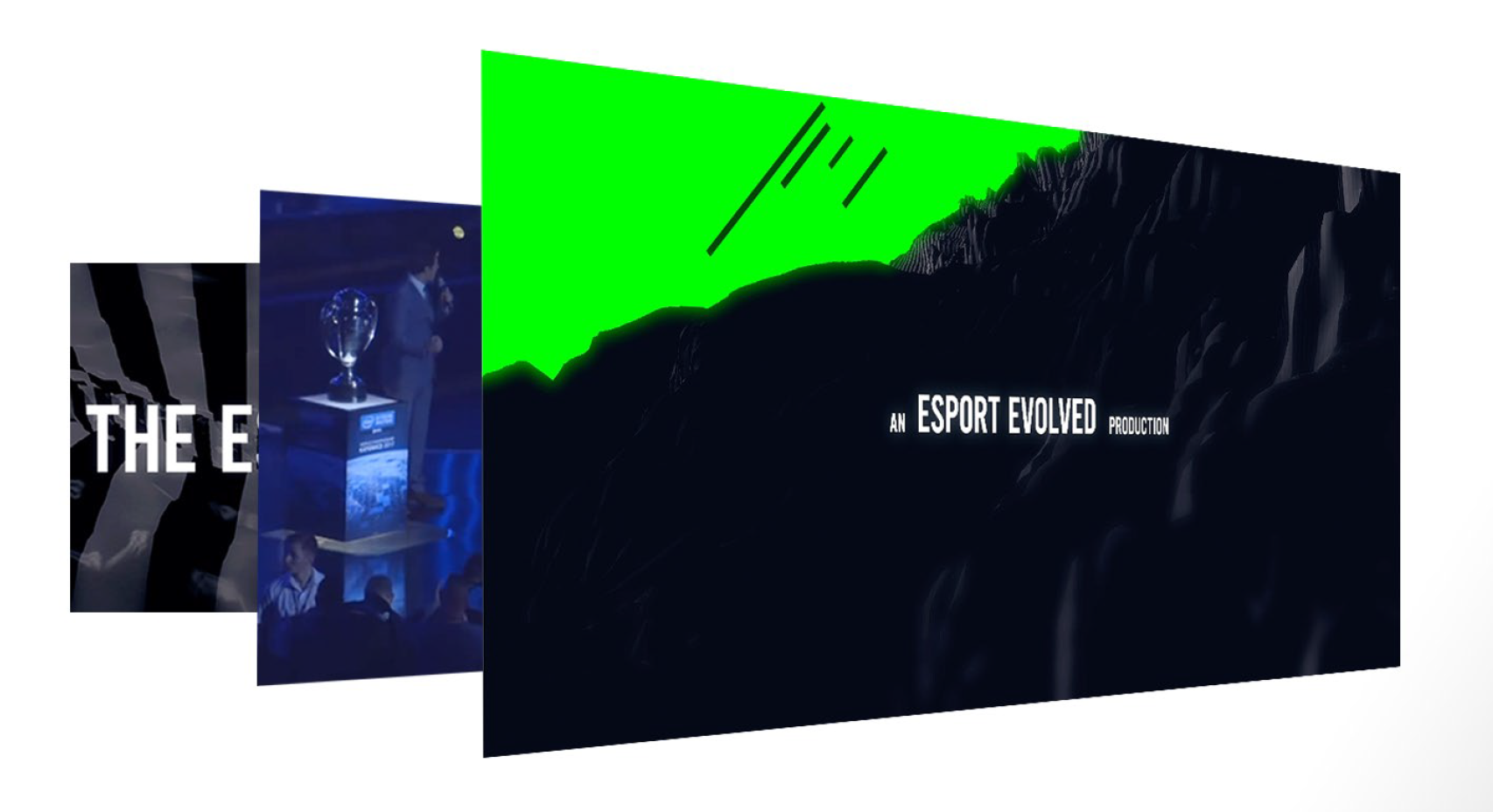 A documentary was designed to show a well rounded view of what it takes to compete within esports if you have a form of disability within gaming. It highlights the ups and downs and the dedication gamers need to compete at the highest level. 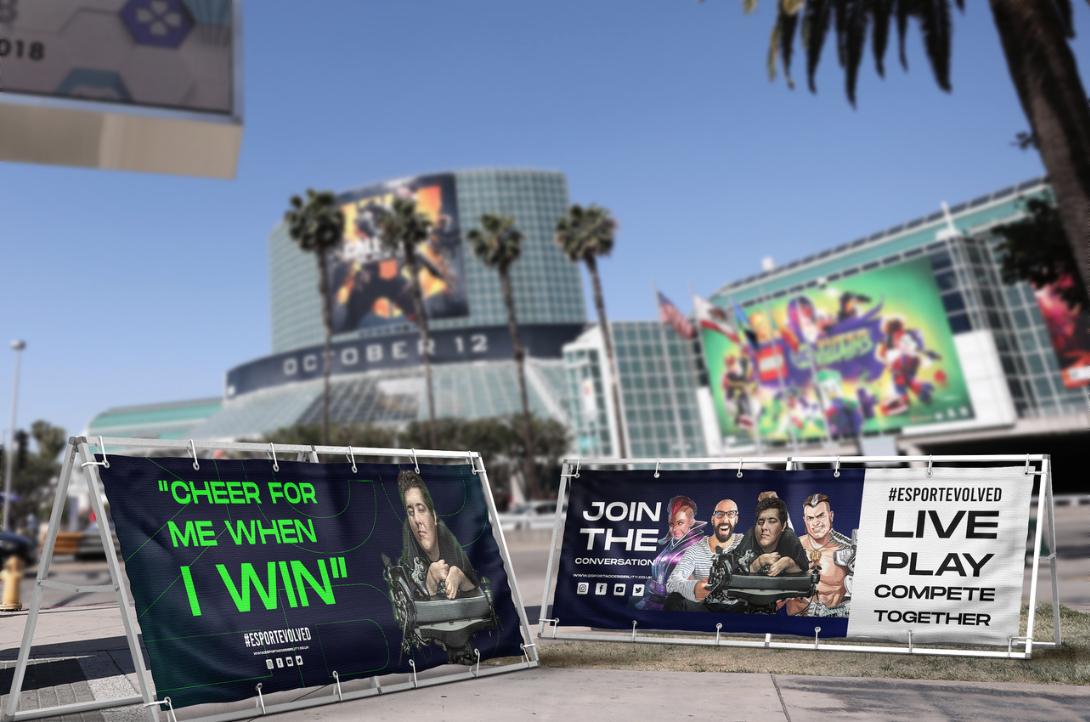 These banners promote esport gamers own voices that have a form of disability. 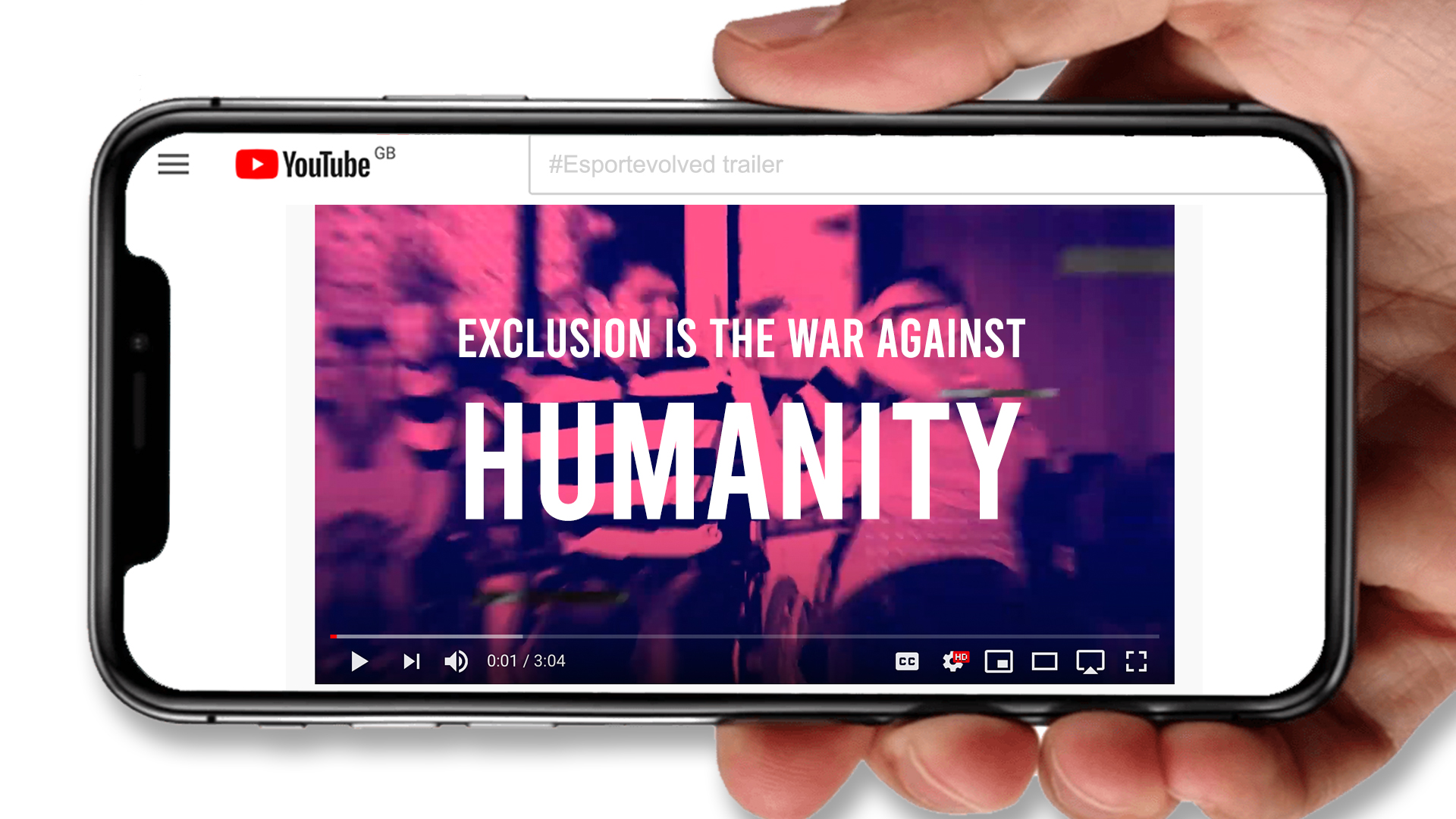 A trailer to introduce what esport evolved is about, the history of gaming and how big esports has become.

Esport Evolved is a multi media campaign, designed to promote inclusive competitive gaming within the esport industry, where both able and disable body gamers can compete with or against one another.

During my Masters in Graphics Design & Visual Communication, I created the campaign Esport Evolved based around inclusivity for disabled gamers within esports. I had the opportunity to work with Special Effect Charity who specialise in gaming accessibility, this involved interviews with members of Special Effect Charity as well as feedback on my project. Esport Evolved is a community focused multi media campaign creating a space for like minded gamers who want to compete in gaming but haven't been given the opportunity by organisers of these events. This was achieved by using existing social media sites, a documentary, posters, billboards and the esport evolved website.

The reason for creating esport evolved as a campaign came down to the lack of variety within the current format of esports. Even though it is now a multi billion dollar industry, there is a lack of accessibility options for gamers wanting to compete professionally but don't fit into the current mould of an esport competitor. This campaign was created to produce more of an awareness to current organisers of esport events of a demographic of gamers not being allowed to compete because of existing barriers. Along with this was building an online community of like minded gamers wanting to talk about their own experiences within competitive gaming.

Building this campaign meant using many aspects of Adobe Suite. This includes Indesign, Illustrator and Photoshop used to create icons, posters, merchandise and banners for the campaign as well as editing photos and existing images. Premier Pro and After Effects were used to edit and create graphics for the trailers, Gifs, Webpage banners, and documentary. Wix and Sketch were used for planning and creating the campaign website.