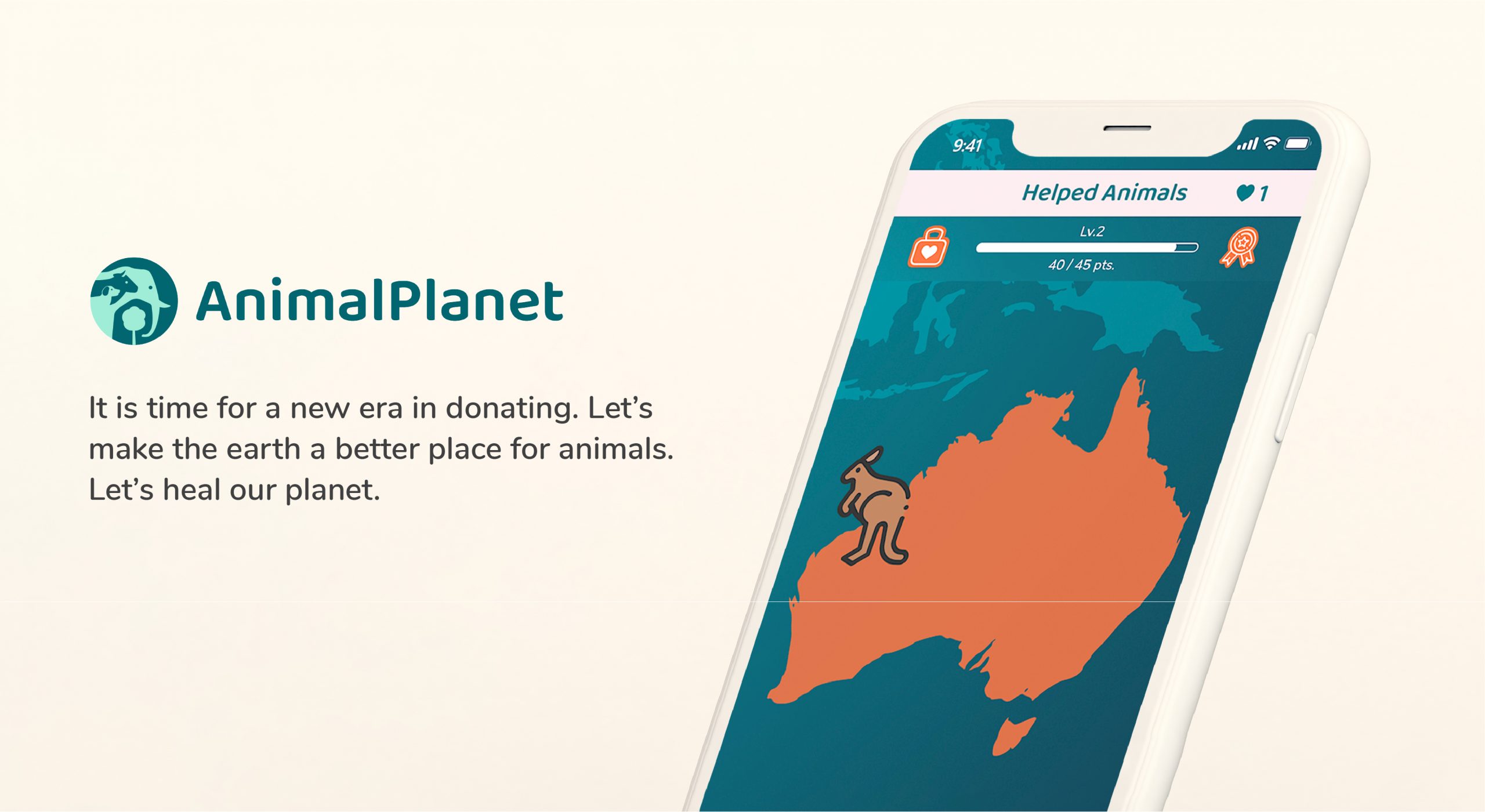 Animal Planet is an innovative mobile app where animal charity donations become an engaging activity to overcome the hesitation of donation. Those making donations can populate a digital planet by discovering animals that appear in their location after each donation. This provides a trustworthy, motivating and gamified donation experience for fast-living Gen Z who do not donate.

In Animal Planet, users will have a digital planet, our planet, on their home page. If they donate to a campaign about saving elephants in Africa, they will "discover" an elephant that will appear in Africa where the campaign was. This will not only help users to contextualize the donation they made, but also will increase the bonds between users and the animals.

The app will have joyful animations, a seamless experience, leaderboards, challenges, badges, friends for further motivation. Users will also receive an update about the campaign they donated towards in order to be kept up to date. 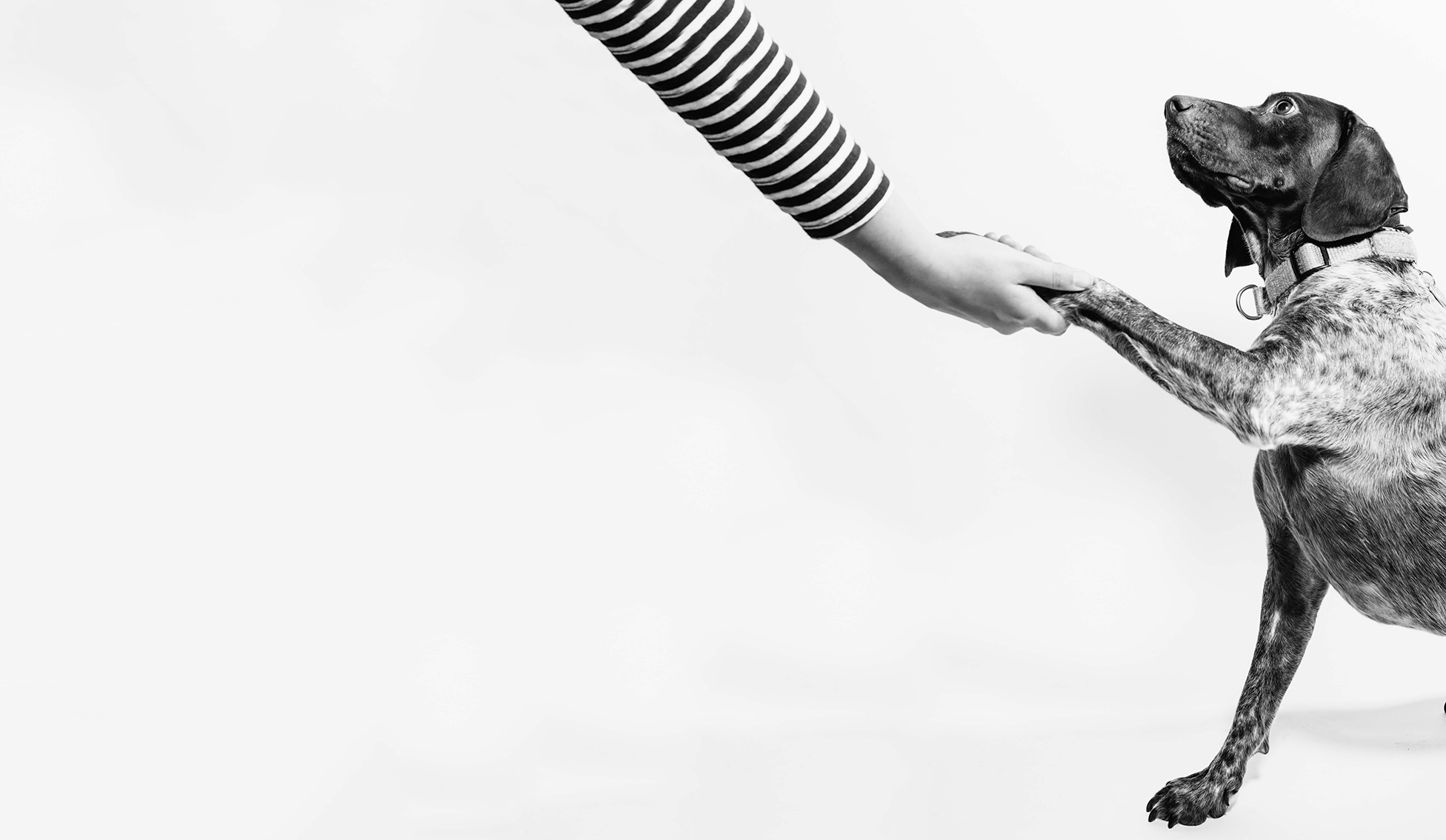 In the UK, for the last 5 years, trust in charities has fallen from 67% to 55% (The Charity Commission, 2016). This figure of 55% is lower than the degree of trust of someone has in a random person in the street (Populus and Charity Commission for England and Wales, 2018). Due to this trend, the number of donors to charities is less than desired, which results in significant damage to Sustainable Development Goals (SDGs) of UN (United Nations, 2017). Actions should be taken immediately to increase people’s trust towards charities while increasing their motivation to donate. 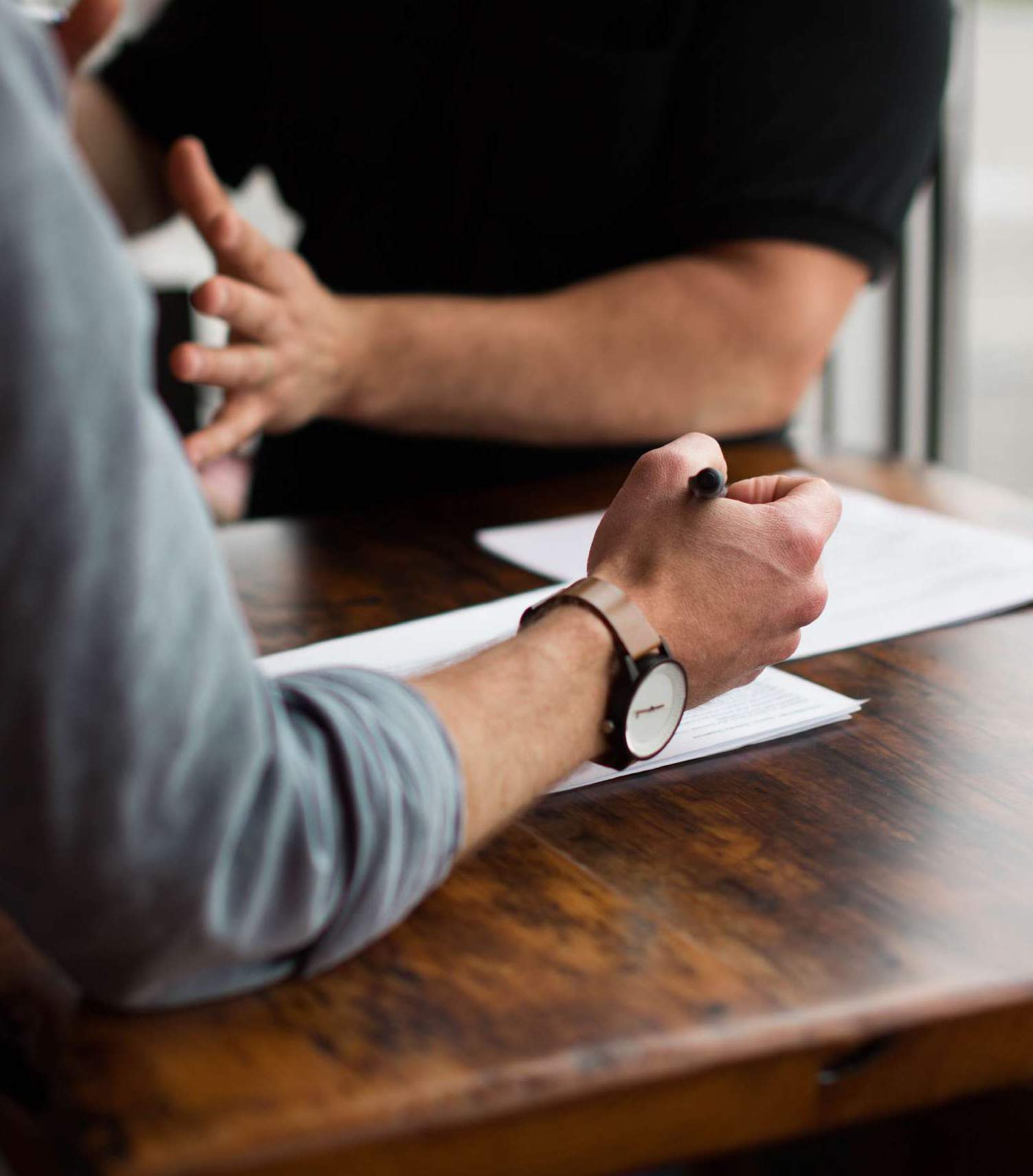 In-depth contextual research was conducted to gain deep qualitative insights about trust towards charities and motivation to donate. With 10 participants, four different methods were used which were:

• Semi-Structured Interviews with Directed Storytelling: To get a broader view to participants’ first-hand accounts of experience, opinions, attitudes, and perceptions towards trust, motivation, charities, donating and animal welfare. Direct observation was not possible for this project. The lack of observation is filled with directed storytelling; allowing to gather rich stories of lived experiences.

• Card Sorting Activity, which focused mainly on trust and motivation. This enabled to gather deeper insights.

• Re-enactment of encountering a Volunteer and Comparing to a Donation App: They were shown two extreme ends of donating; highly intrusive and physical donation vs donating digitally and freely. Encountering with this contrast, they were triggered to compare and speak up about what motivates them towards donating and how they can trust.

• Discussing Over Positive and Negative Charity Articles: To see how the news affects people’s opinions and trust.

• seek for personal benefits and personal satisfaction because their focus is on themselves rather than others, they donate mainly to satisfy themselves.

• want to be 100% sure of what's going to happen during and after the donation, eliminate the uncertainty because they won't spend their money on uncertainty but eliminating uncertainty and one good experience will be the first step to form a donating habit.

• want to donate easily, know where and how to donate because they don't see how/where to donate, and too many decisions overwhelm them, causing action paralysis; but also it is very easy to ignore/block charities which they do a lot.

• want their donation to be impactful, memorable and meaningful for them to do it again because they want to reach to a higher mood after donating. 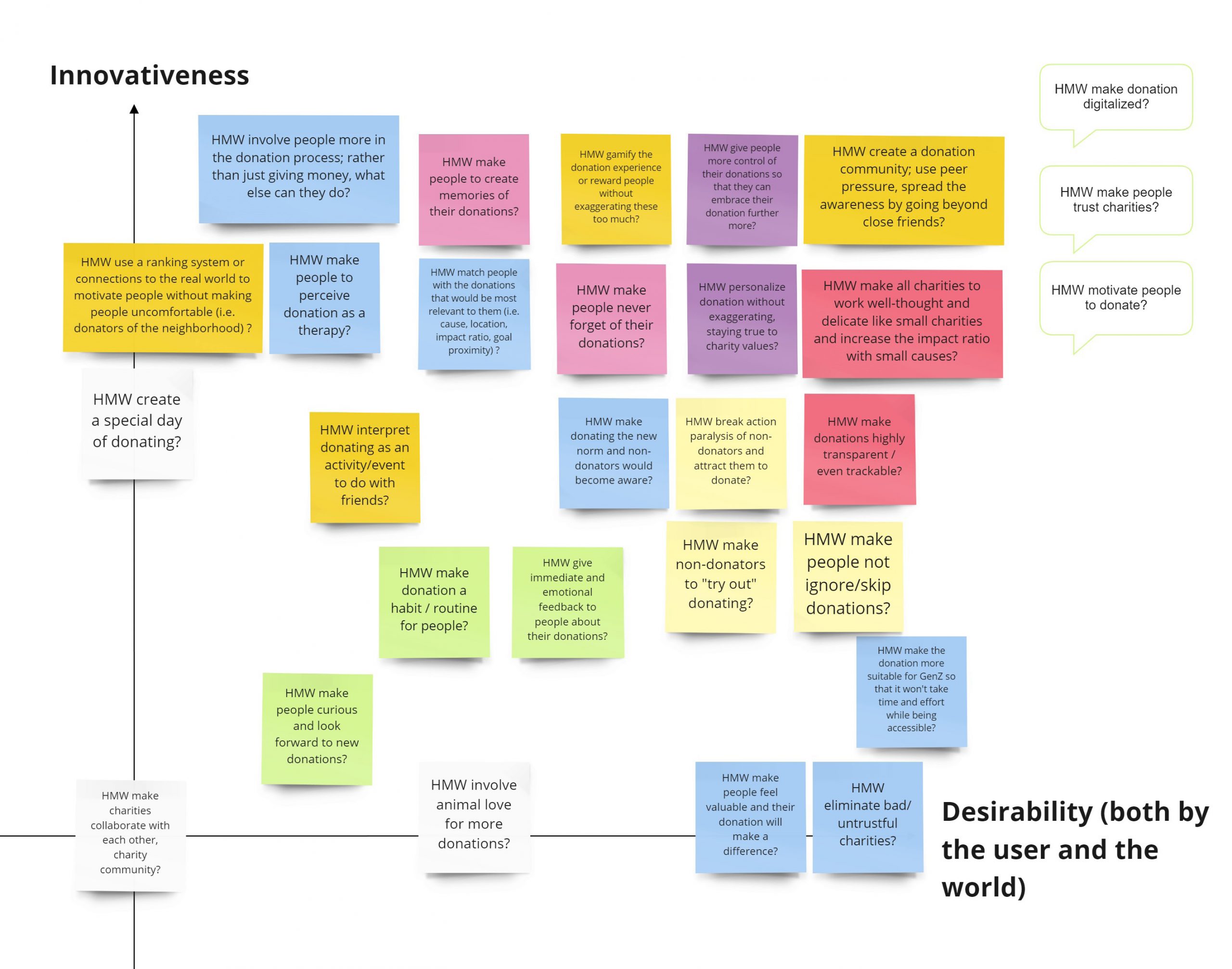 • Key insights were turned into around 100 “How Might We?” questions. Afterwards, they were consolidated; leaving 25 of them. These 25 HMW's were grouped again in an evaluation matrix above.

• These groups were used while generating ideas with Crazy 8’s. Generated ideas were evaluated with their positive and negative parts, and they further evaluated with an evaluation matrix to decide the initial concept.

• Then, the initial concept was expanded further to address key features, design principles and persona. The concept was also shaped with a storyboard and to-be user journey map.

• Co-design and experience prototyping sessions have been conducted many times which resulted in five iterations to deliver the final design. 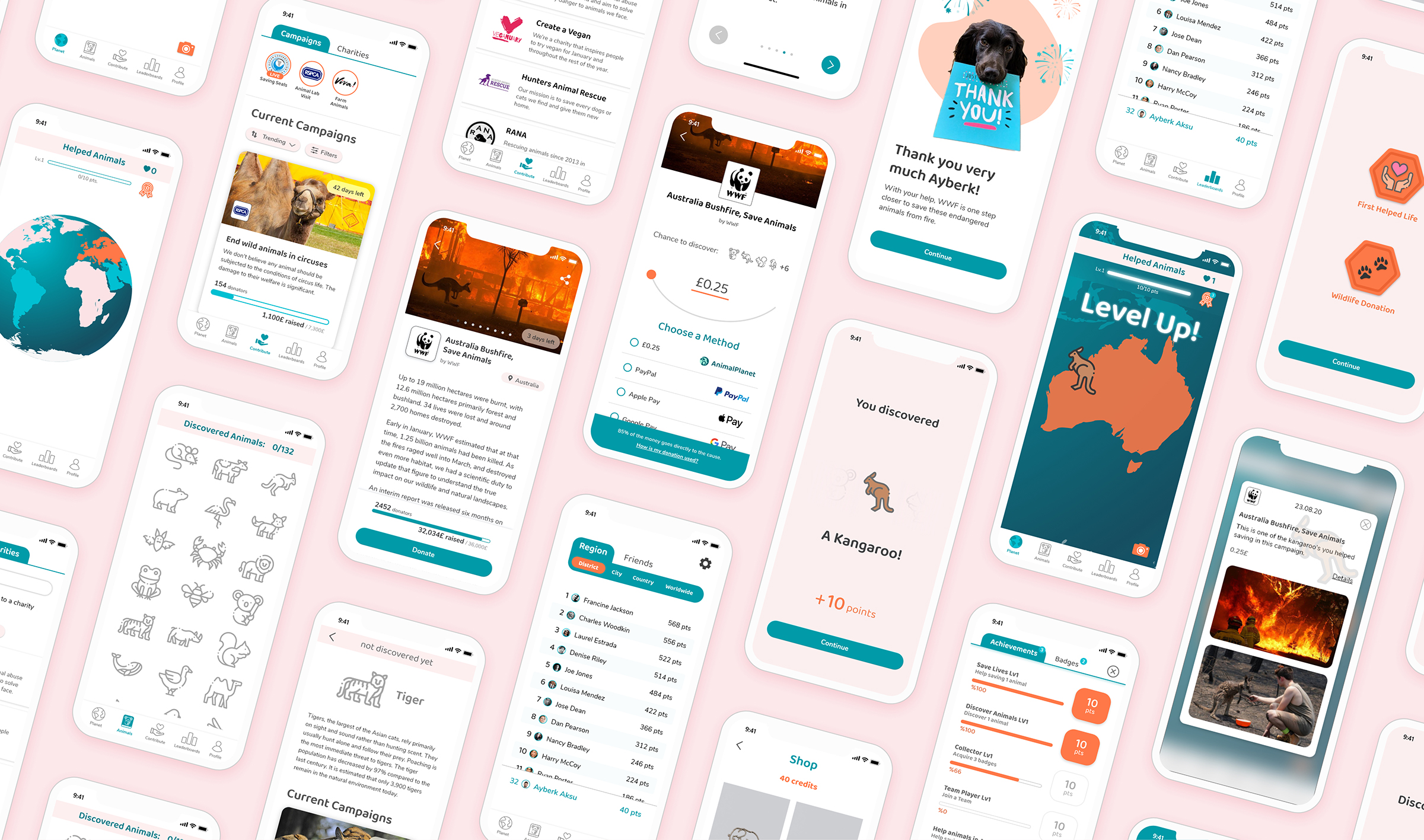 All of this detailed hard work has resulted in the Animal Planet app where animal charity donations become an engaging activity.

Animal Planet makes a disruption for good, creating a new era in donating. The app focuses on the post donation phase to create the best experience in the aim of motivating to donate again. After experiencing a highly exciting post-donation; users, later on, receive an e-mail showing the campaign process, which increases accountability. Further, Animal Planet also emphasizes how donations can change the planet by visualizing it.

All participants were fascinated by the donation experience that one participant even said “Feels like healing the earth. I’m making the earth a better place". While user experience of Animal Planet succesfully delivered the intentions of motivating and giving trust, the project awaits for future developments.

I seek to create innovative and delightful user experiences with a multidisciplinary approach.

I come from Istanbul, Turkey and I have a first degree in Industrial Design from Istanbul Techincal University. I worked as a UX Design Intern before joining the UXD MA.

Innovation comes from a multidisciplinary mindset. I have become a multidisciplinary designer throughout my life by experiencing a diverse team environment many times and being highly capable of perceiving analytical, technical issues; by learning and adapting quickly. Being highly emphatic allows me to understand the users better.

Now, being competent in all aspects of a design process and with a strong foundation in UX; my ultimate aim is to make a difference through UX under the themes of innovation, future, and digital world.

Designing to Increase Trust Towards Charities and Motivation to Donate

As a UX Designer:

In April 2020, we have received "Honorable Mention" as a team out of 1620 participants in the design challenge Creative Jam which was held by Adobe and Airbnb. It was a 48-hour event and as a team of three, we designed a working prototype according to the brief. Our team was awarded with "Honorable Mention".

In November 2019, we have received Best Prototyping Award as a team from the UXATHON which was held at Loughborough University where we partnered with MBA students from Hong Kong University. It was a one-day event that in teams of five, we were given a brief where we had to design a user experience for a start-up business. We refined the brief, defined the concept clearly, and designed a prototype and a service. Our team was awarded with "Best Prototyping Award".

As a Product Designer:

In 2019, my packaging project which I designed for the school was appeared in "Packaging World" magazine in Turkey, which is the number one packaging magazine in the country.

In 2017, a sitting unit designed by me was exhibited in Sweden and it was selected as the best project of the exhibition. Me and my sitting unit was then appeared in the newspaper Nybro Extra, Sweden.

Three years in a row in my Bachelor, my projects were selected to "Best Projects of the Semester" at Istanbul Technical University to be exhibited.